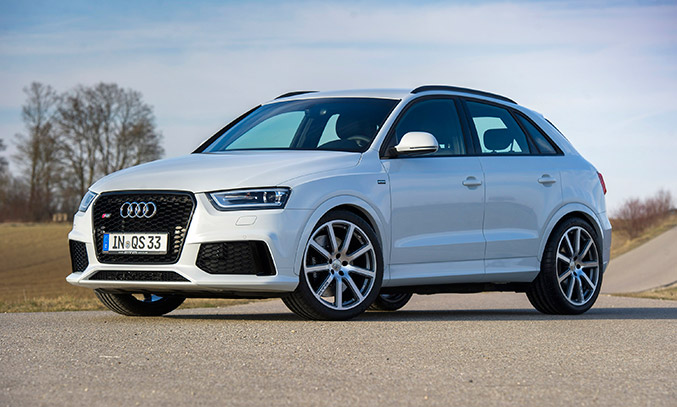 Originally the Audi Q3 wasn’t the sort of car that took to the streets to dislocate people’s necks. It tended to be sober, was a good family friend and endowed with all the ingredients which mobile man does not wish to be without when travelling by car. Then the Q3 caught the attention of interested parties who don’t like to do without performance as a matter of principle. It was for this clientèle that Audi created the RS Q3 2.5 TFSI quattro. The powerful five-cylinder engine generates 310 hp, and that was the end of the steady old friend, guardian of hearth and home. Its image is now more akin to the road-going go-getter than the mother-in-law’s blue-eyed boy.

And because MTM always likes to offer that little extra, the manufacturer from Wettstetten – near to Ingolstadt – is now offering a version setting entirely new standards, with 410 hp under the bonnet and 570 Nm of torque: 0 to 100 km/h takes 4.3 seconds and the uprated Q3’s top speed is just shy of 270 km/h. This comes courtesy of a modified engine management system – the M-Cantronic for the RS Q3 2.5 TFSI quattro, developed, built and installed at MTM, which comes with a 3,357 Euro price tag. And the magic that the M-Cantronic performs at the front end is optimised by an exhaust system specially tuned to the five-cylinder engine. Including the carbon fibre rear diffuser, the exhaust system will cost 4,699 Euro.

Drilled and internally ventilated 380 x 34 mm MTM brakes are fitted on the front axle to keep a firm check on such furious forward impetus should the need arise. The rear axle is served by the tried and tested production system. The brawny appearance of MTM’s latest creation is enhanced by Michelin tyres: the 275/35 R 20 Pilot Super Sport are fitted on 9X20″ Bimoto wheels, generously filling the wheel arches. Finally, the adaptive MTM chassis package strikes the right balance between performance and comfort.

Instead of the 54,600 Euro you would have to stump up for the Audi RS Q3 TFSI quattro, MTM’s extensively modified alter ego is yours for 76,650 Euro, including VAT. 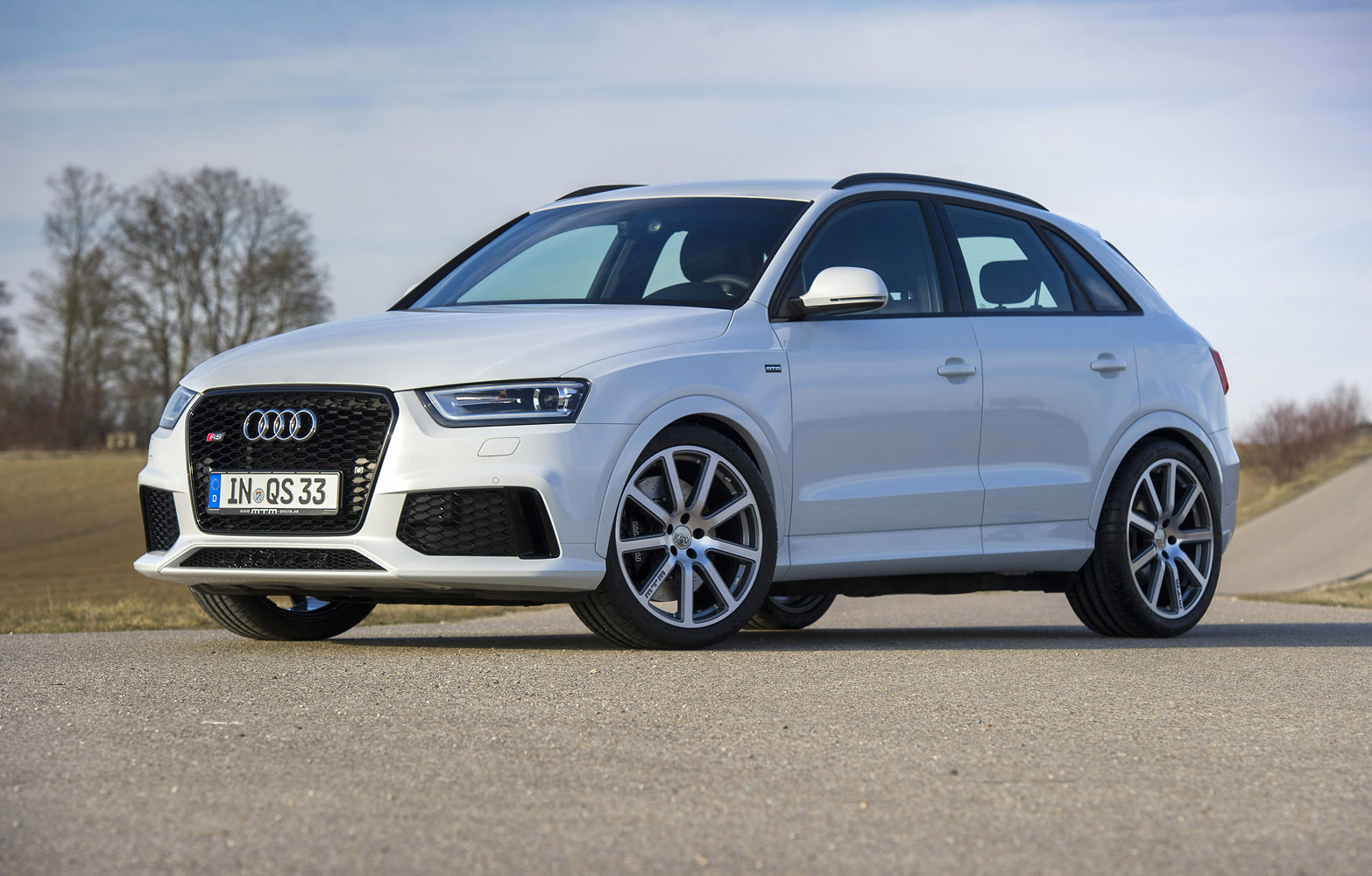